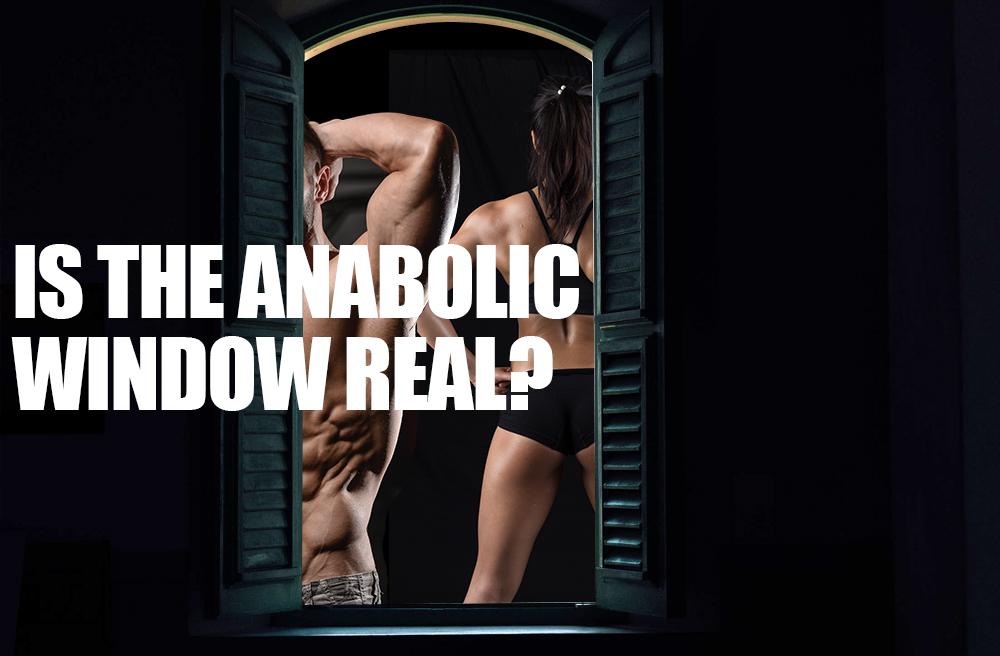 According to common bodybuilding terminology the anabolic window is describes as a period of time after your training session when your body is particularly primed to accept food and shuttle it towards lean muscle mass. According to various bodybuilding environments this is traditionally estimated to lasts somewhere between thirty minutes and one hour after your workout. In this paper, I will research the authenticity and credibility of this theory. I will then analyze how I might apply this knowledge to myself and my fitness goals; a 30-year-old female bodybuilder preparing for a show.

The specific timing of protein consumption is a dietary strategy used for the purpose of optimizing the adaptive response to exercise. The strategy involves consuming proteins within the limited time period referred to as the anabolic window after strength training to maximize the potential of muscular repair and remodeling, and thereby enhance post-exercise strength- and hypertrophy-related adaptations. Resistance training provides the primary stimulus to initiate the process of skeletal muscle growth or hypertrophy. Growth happens when one or more of the following four adaptations takes place: 1; Increased actin, myosin, and other contractile proteins. 2; Increased number and size of myofibrils per muscle fiber. 3; Increased connective, tendinous and ligamentous tissues and 4; Increased quantity of enzymes and stored nutrients.

Many researchers have conducted trials to analyze the effect of this strategy and the results are mixed. I will discuss my findings here.

The Norwegian researcher Borsheim discovered that a 6 g dose of essential amino acids (EAAs) consumed immediately post-exercise produced an approximate twofold increase in net protein balance compared to an equal dose containing an approximately equal mixture of essential and non-essential amino acids. This indicates a dose–response relationship up to 6 g EAAs.
Some studies like Borsheim’s have shown that consumption of protein in the post- workout period promotes increases in muscle strength and/or hypertrophy, others have not.  Researchers Aragon and Schoenfeld concludes with a lack of evidence to support enhanced benefits of the narrow timeframe know as the “anabolic window of opportunity”.

However, many of these studies may be considered flawed in research methodology as differences in subjects age, gender and training status makes it difficult to draw a definite conclusion on the matter. Improving the quality of research methodology by increasing statistical power and control of the variables will help bring clarity to as to whether protein timing results in post-exercise skeletal muscle adaptations and hypertrophy. A study was performed by Brad Jon Schoenfeld, Alan Albert Aragon and James W Krieger where they created meta data to more accurately compare the different studies. This gives greater insight to

discoveries regarding protein intake and timing. As they compare and connect the differences in trained and untrained subjects, gender, age and overall consumption of protein.

Their findings show shows that timing of protein consumption does in fact effect hypertrophy, but only to a very small degree and it does not affect strength. However, most of the studies give indication to that the overall amount of consumption and distributing of protein during a day has a bigger and quite significant effect. The subjects who combined resistance training with a higher consumption of protein by supplement had significant increase in lean muscle mass compared to the control groups who received a placebo product. Despite which time during the day they consumed it. Even if it was 2-4 hours later or even before the training. This suggest that referred window of opportunity is in fact there, only very much bigger and longer that what is accepted by the common belief. The heightened effect of the protein synthesis can actually last up to 48 hours’ post exercise.

Differences in age and gender was not as significant as differences in trained and untrained subjects. A flaw in most of these studies however is that most of the induviduals in the placebo control groups also consumed protein and in different amounts than the supplemented group and the timing of most control group´s protein consumptions was not monitored or postponed long enough to draw a definite conclusion to the discussion of this myth.

What I can draw from the findings in these studies is that the presences of proteins and essential amino acids is crucial to enhance hypertrophy regardless if it is consumed within 30 minutes or several hours later. Which leads me to how it might affect me and how I might apply it to myself.

Applying knowledge to myself.  Being a highly trained individual where my end goal is to achieve maximal muscle hypertrophy while at the same time decreasing body fat percentage to a minimal I need to have essential amino acids available for the protein synthesis when it is heightened, which is often. But I can only consume so much at a time that my body will use all of it and not store anything as access fat. And to have the body preferably continuously use the stored fat for energy and not catabolize muscle tissue. To maintain and optimize these states of energy utilization while still providing muscles with just enough and not access amino acids to prevent catabolism timing becomes essential. More so than to someone who can consume an access of protein and carbohydrates and fill nutritional storages were their only intent is hypertrophy regardless of body fat percentage. This suggest to me that I should consume carefully measured units of protein throughout the entire day. Consuming food and especially protein just before and close after a workout when my energy expenditure is higher will help prevent catabolism. Also, it will make it more likely that the essential amino acids needed for the protein synthesis is present as my energy and nutritional storages are close to empty most of the time.

Conclusion. Overall results of many studies show that timing of protein consumption does effect hypertrophy, but only to a very small degree. However, they also give evidence to that the overall amount of protein consumption during a whole day has a much bigger effect than specific timing of consumption. Research also show that the referred window of opportunity is much longer that what is accepted by the common belief. It last up to 48 hours in contrast to 30 – 60 according to the myth. To an average gym goer who´s goals is a healthy life style and slightly bigger muscles this myth can be disregarded as long as they consume an necessary amount of protein within a day or two.

However, gains in muscle mass become progressively more difficult as an athlete gets closer to his/her genetic hypertrophic potential. When applying these theories and knowledge to my own training diet and goals; perfecting all potential opportunities for hypertrophy and to avoid catabolism, the timing of meals becomes more important. I want to give it everything I got, that means perfecting my diet in every capacity I can and timing is a part of this. This is about becoming the best at your sport. This is bodybuilding. Hence I can truly understand why and where this myth has derived from.

Figure 2. Illustrated figure of results from different studies in regards to timing of protein and consumption. http://jissn.biomedcentral.com/articles/10.1186/1550-2783-10-53